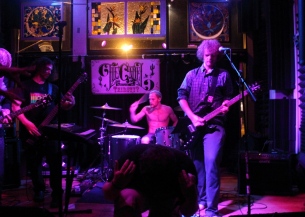 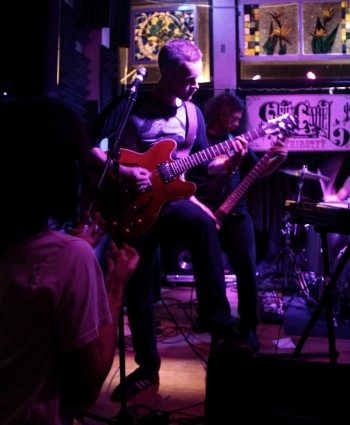 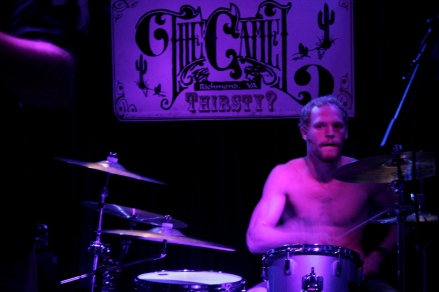 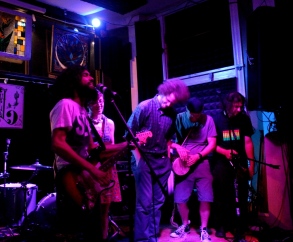 We have a lot of awesome things to share! Let’s take this in chronological order….

First, thank you to everyone who was able to come out this Wednesday for our event at The Camel. And big thank yous to the performers–Neil aka The Sixth Son, Gunboat, and Danger Lights. You all rock in my zine. In fact, ever since that night I’ve had a crick in my neck for attempting to rock like a headbanger. Lesson learned, but fun had. Check out some pictures from Wednesday above.

Second, we’re teaming up with Liberate RVA for their event on Friday, July 20th. It’s such an amazing cause. The night will include a discussion at 8 p.m. on the “True Roots of Human Violence” and after party at 9:30 p.m. at the Maplewood Anarchy Garden. Zines, like any creative activity and project, can be useful tools in spreading information about violence and prevention/care and in providing children and other survivors a safe, self-directed space to communicate and share their histories and healing. I’ll be there with information about zines, the Richmond Zine Fest, and conversation. For more information, please check out the event page and attend: Bomb in the Brain Freedom Gathering.

Last but not least, WE’VE GOT A SPACE! After much deliberation and looking at venues and space policies inside and outside the event-planning box, we decided to approach the Gay Community Center of Richmond (GCCR) again since they’re still operating in the building we love so much. For at least another year, we’re excited to be back at the GCCR again! With its accessible layout, free parking, spaciousness, and disco ball… the GCCR is our happy place. Thank you to Cindy Bray of the GCCR and Richmond Zine Fest co-organizer Mo Karnage for diligently following up to get this shindig confirmed.

Expect an announcement with links to the registration pages for tablers and workshops this upcoming week.

There’s still a couple of days to enter REMIX for Archives Month 2019 and win cash prizes and other swag! Submissions close October 31, 2019, and winners will be announced on November 7th! #archivesremix #archivesbookart #collageart
the 13th year of richmond zine fest may be over, but the DIY and handmade spirit is strong year round! check out these upcoming richmond fairs that will feature a few vendors who also tabled at zine fest! if you missed their offerings at zine fest, high chance you’ll still be able to pick up their zines at other events. come out and support an important cause starting this sunday with the RRFP fall craft fest and flea market!
we’re still recuperating from a zine-filled weekend, but thanks to everyone who made year 13 happen and supported us throughout the day and were patient with us all the unlucky 13 hijinks that included a building that was not being cooperative with us (broken elevators, sinks, and more!). it made it all the more evident what our librarians deal with all week and how much public libraries need our support and our urging city council to prioritize library funding! however looking around, i know there’s no other community i’d rather sweat in a basement or public building with! love zines and all y’all! see you next year! slide to see most of the small but mighty crew that set up all the tables late friday afternoon so saturday morning could run smoothly. MVPs (not pictured @assigned.stressed.at.birth ❤️❤️❤️)
Skip your workout and flex with us Friday between the hours of 3-5 to set up tables! This is one of our biggest needs for making zine fest happen every year. Volunteer form is located in our profile 🖤🖤🖤
when people think of Richmond Zine Fest, they often describe day 2 (saturday) when we take up multiple spaces in the library for vendors to sling zines and things. But we wouldn’t be a complete zine fest without Day 1 when several knowledgeable folks share and contribute to the growth of our community in a different way. check out our complete schedule of friday workshops. updates may be made and will be available on our website. #richmondzinefest #richmond #zines #diyordie #skillshare #workshops #growth #herbalism #art #hacking #qtpoc #writing #patternmaking #haikuslam
are you ready for this? shout out to @guardnflags for being the official richmond zine fest printer! we love you 💞 #merchmerchmerch #richmondzinefest #rzf2019 #allthecolors #tyedye #tyedyefordays #tshirts #thriftingsaves #secondhandlove #reuserecycle

We rely on donations to keep fees for participating in full-day event affordable for in-state and out-of-state participants. All donations go toward print stipends, table fee waivers for applicants who need assistance, zine fest posters and other supplies and costs as needed, including this domain.